When you book with an account, you will be able to track your payment status, track the confirmation and you can also rate the tour after you finished the tour.
Sign Up

Or Continue As Guest

When you book with an account, you will be able to track your payment status, track the confirmation and you can also rate the tour after you finished the tour.
Sign Up
5034

Why Book With Us?

Do not hesitage to give us a call. We are an expert team and we are happy to talk to you.

The Professional Tour guide and driver pick you up from your Hotel by 9.30 between 10.00 in the Morning.Then visit to Uçhisar Castle.After visit the one of the Best Panorama Esentepe.Visit Love Valley with the longest mushrom Shape Fairy Chimneys.At the same time in Avanos you will have chance to see and try seramic art.Then visit Devrent Magic Valley Pasabagi Monks Valley and the Last point is Open Air Museum

Cappadocia’s most famous attraction, for good reason, is the Göreme Open Air Museum, a complex of medieval painted cave churches carved out by Orthodox monks. There are over 10 cave churches in the Göreme Open Air Museum. Along with rectories, dwellings, and a religious school, they form a large monastic complex carved out of a roughly ring-shaped rock formation in the otherworldly landscape of Cappadocia. The best way to explore the cave churches of Goreme is via the clearly marked path, working counterclockwise. Each one has a modern Turkish name, given by local villages based on a prominent feature.

Cavusin Village, The current village of Cavusin is located on the road. Old Cavusin, with its rock-cut dwellings and stone houses, had several hermitages. The two most important churches in Cavusin are the Great Basilica dedicated to St. John the Baptist (located on the cliff above the village) and Cavusin Church or the “Great Pigeon House” commemorating a visit of the famous Cappadocian Emperor Nicephorus Phocas. The beautiful and elegantly carved facades of the houses of old Cavusin furnish evidence of how impressive the village once was

Avanos, The old city of Avanos, whose name in ancient times was Venessa overlooks the longest river of Turkey, the Kızılırmak (Red River), which also separates Avanos from the rest of Cappadocia. The most famous historical feature of Avanos, which is still relevant and very visible today, is its production of earthenware pottery. The ceramic trade in this district and its countless pottery factories date right back to the Hittites, and the ceramic clay from the red silt of the Kızılırmak has always been used. Watch the potters at work using the kick wheel, using the technique that has never changed over its generations. It is a popular destination because of its attractive old town with cobbled streets, and superb views over the river.

Pasabag, Highly remarkable earth pillars can be seen here, in the middle of a vineyard, hence the name of the place which means: the Pasha’s vineyard. Pasha means “General”, the military rank, in Turkish and it is a very common nick name. This site is also called Monks Valley. The name was derived from some cones carved in tuff stones which stand apart. Currently, there is a vineyard and a number of tuff cones standing right next to the road

Devrent Valley, Also known as Imaginary Valley or Pink Valley, this area does not have cave churches like the other valleys of Cappadocia. So what makes it so famous? The lunar landscape! Devrent Valley hides many different rock formations within. The small fairy chimneys in the valley form a lunar landscape, or moonscape, by their strange appearance. The valley has many animal-shaped rocks. Some of the most commonly seen shapes include camel, snake, seals, and dolphin.

Love Valley near Goreme, Turkey is famous for its bizarre ‘fairy chimney’ rocks cut naturally by the wind and rain.
Duration: 30 minutes
Admission Ticket Not Included

It’s history lies in the Ottoman Period from Rome (Byzantine) Era. In the Persian and Seljuk periods, it was used as a main control center of trade way like Royal Road and Silk Road. Uchisar Castle has been a member of UNESCO World Heritage List since 1985 and was included as a National Park in 1986 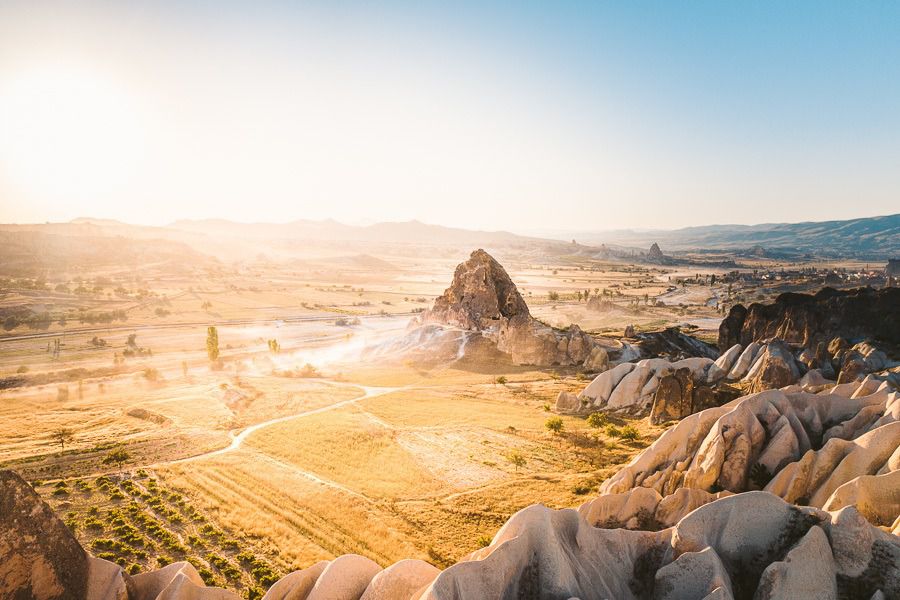 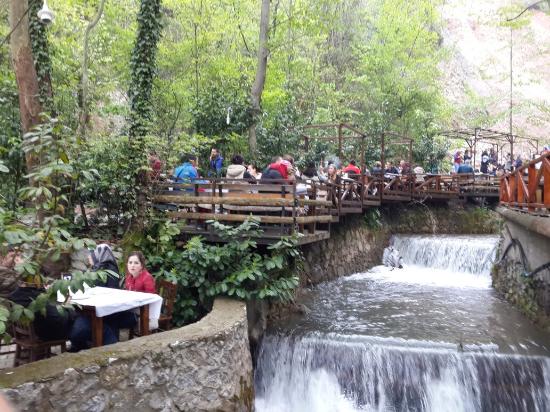 From$75$50
0
5 travellers are considering this tour right now!